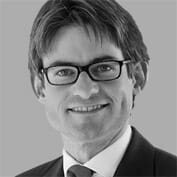 Apricum’s Managing Partner and founder, Nikolai Dobrott, said “I am happy that we can continue Apricum’s success story with Moritz Borgmann’s promotion. He has been instrumental in building the firm and has delivered exemplary client service. I look forward to his continued contributions.”

Moritz Borgmann will continue to focus on strategy projects along the solar value chain and on transaction advisory projects. He will help Apricum to expand its global client base among industrial conglomerates, cleantech companies and investors.

“I am very honored to have been appointed partner and am excited about Apricum’s growth perspective,” said Moritz Borgmann. “We are at a point where unstoppable momentum is building in the solar industry. Double-digit growth with no end in sight, a globally diversified demand base, and exciting innovations in technology and business models will make solar even more compelling than it already is today. We have a world-class team here at Apricum, and are in the best position to contribute to and benefit from these industry developments.”

Moritz Borgmann has considerable experience in the renewable energy sector, particularly in the solar industry. At Apricum, he is the key lead for projects along the entire value chain of the solar industry, with a specific focus on strategy and technology, as well as transaction advisory.

Before joining Apricum in 2009, Moritz Borgmann was the cofounder and member of the management board of semiconductor company Celestrius AG. Moritz Borgmann holds a PhD from ETH Zurich and a master’s degree from Stanford University, both in electrical engineering.

Apricum – The Cleantech Advisory is a strategy consultancy and transaction advisory firm. Apricum advises clients around the world on creating sustainable value and growth in renewable energy and clean technologies. Services include strategy consulting and market entry support as well as transaction advisory. Apricum brings together a unique team of experts in the cleantech industry, consulting, and corporate finance. Apricum is headquartered in Berlin and has representative offices in the USA, UK, Saudi Arabia, Mexico, Brazil, India, China, South Korea and Japan.