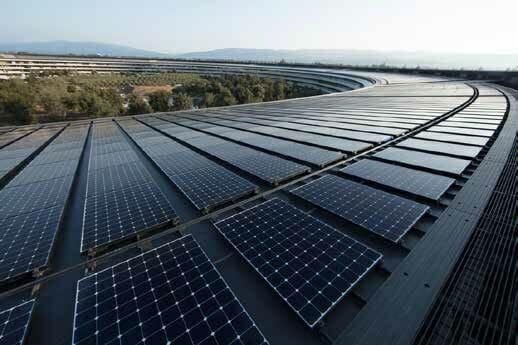 Renewables 2.0 – Opportunities in renewables in a post-subsidy world

Substantial flows of investment into renewables has brought about significant reductions in the cost of delivered energy, while simultaneously increasing the penetration of renewables in most markets. These developments herald the rise of Renewables 2.0, a post-subsidy world for investment in renewable energy, prompting a shift away from state-sponsored procurement of renewables. Against this trend, corporates are substantially increasing their procurement of renewable PPAs to meet commitments to sustainability and to hedge long-term energy costs. In this article we explore the opportunities in corporate PPAs and hybrid renewable energy systems in the context of the Renewables 2.0 energy transition.

Over the last decade, renewable energy has benefited from significant capital allocations, elevating renewables to a bona fide investment class.  The rise of renewables has been underpinned by the ‘Renewables 1.0’ paradigm—state-sponsored off-take agreements and revenue certainty (price and volume)—providing capital with relatively stable returns.

The expansion of investment in renewable energy has enabled the renewables supply chain to achieve economies of scale and brought down the cost of capital for renewable energy projects.  This has translated into substantial declines in the delivered cost of energy, making renewables increasingly competitive compared to conventional energy sources in many markets.

While state-sponsored procurement of renewable energy capacity still plays a major role in many markets, the falling cost of renewables has prompted some governments to question the merits of state intervention.  Simultaneously, the private sector is proactively responding to the shifting landscape, seeking new revenue models that do not rely on traditional state subsidies and state-sponsored off-take agreements.

At the same time, the increasing penetration of renewable energy on electricity grids brings into focus the challenges of managing a higher proportion of variable renewable energy supply.  It also highlights the shortcomings of the traditional energy supply system, premised on large-scale centralized generation with extensive networks of ‘poles and wires’ to transmit and distribute electricity.  This is especially relevant in markets where inadequate and out-dated infrastructure requires significant capital investment; even more so where that transmission and distribution (T&D) infrastructure does not yet exist.

Against this backdrop, we see the rise of “Renewables 2.0”, a post-subsidy world for investment in renewables, ushered in by economics that increasingly favour renewable energy and a global call for energy sustainability and climate action.

This energy transition demands new revenue models which, in turn, requires new and innovative investment and financing solutions.  The transition will also bring greater technical complexity, creating opportunities for investment in smarter, more flexible grid systems that are able to manage and mitigate the impact of variable and bi-directional energy flows as well as in distributed energy solutions that bring energy supply closer to users.

The migration to Corporate PPAs

In recent years, corporate power purchase agreements (PPAs) have become a popular model for companies seeking to take a more proactive approach in managing their energy supply, especially with the goal of replacing conventional energy supply with renewables—principally from solar and wind energy.  The main drivers for corporates to enter into PPAs are two-fold: first, to meet environmental and sustainability commitments; including commitments to reduce their carbon footprint and, second, to manage their long-term energy costs.  The growth in corporate PPAs has been dramatic in recent years. The United States (US) market has a leading position, with US corporates signing renewable PPAs for 4.8 GW in 2018 to date (vs. 2.8 GW in 2017).  Although corporate PPA activity has been slower to gain traction in Europe, we are seeing increased activity in the past couple of years, especially in the Scandinavian market and in the United Kingdom (UK).  Mexico has also been an active market for corporate PPAs with over 1 GW of PPAs signed with wind farms up to 2018.

Companies in the Asia-Pacific, Africa, and Middle East regions have been slower to adopt corporate PPAs but there are undoubtedly untapped opportunities in these markets, especially for corporate PPAs focused on off-grid solutions.

Underpinning the growth of the corporate PPA market for the foreseeable future are sustainability commitments that companies are making to migrate energy procurement to renewable energy supply.154 companies have signed up to the Climate Group’s RE100 initiative, committing to source 100% of their energy needs from renewable sources.  Some well-known RE100 members from the tech sector, like Apple, Microsoft, and Google, who were pioneers in the use of corporate PPAs, have already achieved this goal.

Since 2015, however, a much broader spectrum of large international companies has joined the RE100 commitment, including companies in banking (Bank of America, Citi, HSBC, ING), brewing/drinks manufacturing (AB InBev, Carlsberg, CocaCola), car manufacturing (BMW, GM), Pharmaceuticals (AstraZeneca, Johnson & Johnson) and telecoms (Telefonica, Vodafone).  Although many of the RE100 have longer-range targets to achieve the goal to source 100% of their energy from renewable sources, all of them have ambitious milestones within the next ten to fifteen years.

The incentive to transition to renewable energy corporate PPAs is also supported by the prognosis that conventional energy prices and, therefore, the on-grid cost of energy may rise and become more volatile in the future.  Renewable PPAs allow companies to hedge their long-term energy supply costs and reduce their exposure to the inherent uncertainty of future energy costs.

From the perspective of project developers, corporate PPAs become increasingly relevant as state support for renewable energy is reduced or withdrawn. The stable revenue stream offered by a corporate PPA provides a substitute for the traditional state-sponsored off-take agreement, enabling developers to switch to a new revenue model.

Conversely, projects falling out of subsidy schemes may be available to enter into competitive corporate PPAs over the coming years as an alternative to entering wholesale merchant markets.  For example, about 16 GW of early onshore wind farms will fall out of Germany’s 20-year Feed-in Tariff scheme between 2020 and 2025.  This will provide impetus to the German corporate PPA market.

Electricity from renewable sources (excluding hydro) has the disadvantage of being variable in nature and, therefore, not dependable for base load or uninterrupted power supply.  To date, power with renewable energy certificates or conventional generation has been used to fill the gaps between consumption patterns and renewable energy production of PPA suppliers.  Hybrid energy systems offer the potential to bridge these gaps.

In this context, a hybrid energy system means a combination of renewable energy supply (e.g. solar or wind) with one or more of:

These solutions aim to reduce the variability of electricity production from renewable energy sources to provide more dependable supply and/or to reduce the cost and risk of filling the gaps between consumption and supply patterns.  Such solutions are especially interesting in areas where (i) grid infrastructure is weak, (ii) an ‘island grid’ exists or (iii) the customer is off-grid and, consequently, the reliance on the supply is elevated.

Solar and wind hybrids:  While the intermittent nature of supply from solar and wind rarely levels out during a day, it does so well across a year in many moderate-to-cold climate zones: The summer peak load is provided by solar generation, while the winter peak load by wind generation.  Both systems can share the same grid interconnection and it may also be possible to use the wind turbine’s converter as the inverter for the photovoltaic (PV) modules.  This will reduce the capital and operating cost compared to separate solar and wind power plants.

Solar and hydro hybrids: The combination of solar PV and pumped hydropower plants provides an interesting energy storage solution.  Relatively cheap and abundant daytime solar generation may be utilized to pump water from one storage reservoir into another elevated reservoir, allowing the hydropower plant to be used to shift generation across time to meet peak demand and to smooth the PV electricity generation.  Such systems make the most sense where the PV plant can be added to an existing hydropower plant with a grid connection.  The economics of these projects rely on a significant differential between the peak and off-peak electricity price.

Another possibility for a hybrid solar-hydropower project is the use of the reservoir surface area of a hydro project for a floating PV (FPV) solar plant.  FPV projects have the benefit of saving space in densely populated regions (Japan has been an early adopter of FPV) and/or reducing land use for energy generation.

Renewables and energy storage hybrids: Until 2017, hybrid projects coupling solar and/or wind with battery storage were perceived to be constrained by the relatively high cost of battery capacity.  This perception shifted dramatically when Tesla delivered its 100MW/129MWh lithium-ion battery to be co-located with the 315 MW Hornsdale windfarm to resolve South Australia’s energy crisis in 2017.  This has spurred investment in energy storage hybrid projects, helping to make Australia one of the fastest growing markets for these projects.

The cost of battery storage continues to place energy storage hybrid projects at the margin of economic viability. Projects often rely on multiple ‘stacked’ revenue streams and require rigorous analysis to make the economic case. However, expected reductions in the cost of battery storage will bring energy storage hybrid projects into the mainstream in the coming years.  This is especially exciting news for corporates seeking to secure firm power for off-grid use cases. 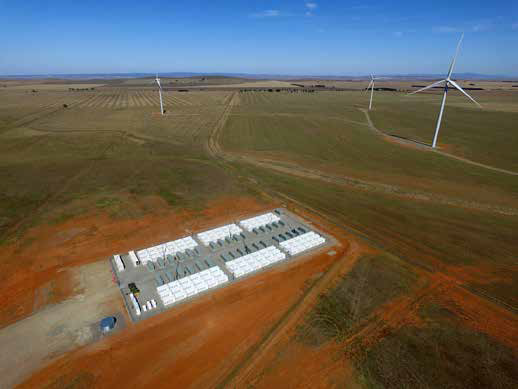 Renewables 2.0 will see a gradual shift away from state-sponsored procurement of renewable energy capacity, with the private sector taking a more prominent role in future renewables capacity additions.  This shift will be underpinned by a significant expansion of corporate PPAs both in traditional markets as well as in new markets as companies seek to achieve the dual objectives of sustainable and economic energy supply.  This will be welcomed by project developers seeking to secure viable revenue models to support their projects.

Energy storage costs will continue to fall supporting an expansion of hybrid projects for both on- and off-grid solutions.  New peer-to-peer trading models have emerged that make use of smart grids, energy storage and, in some cases, artificial intelligence to enable energy trading among traditional utility customers.

Utility companies will need to respond to these challenges and opportunities. So too will regulators. Regulation developed to support the traditional centralized generation and T&D paradigm has lagged behind the fast-changing energy landscape.  It will need to catch up, adapt and enable the Renewables 2.0 energy transition.

Apricum offers transaction and strategy advisory services to corporate entities seeking to procure PPAs, as well as to project developers seeking to supply renewable energy under corporate PPAs. With superior domain knowledge, commercial insight and a best-in-class advisory team, Apricum is ideally placed to bring greater value, competitiveness and practical solutions to each transaction in support of its clients.  These attributes will be critical success factors in executing transactions in the context of the Renewables 2.0 energy transition.

Duncan Ritchie leads Apricum’s project advisory practice, its activities in the water, waste and built environment sectors and its expansion in the Southeast Asia, Australia-Oceania, sub-Saharan Africa and MENA markets. He has over 25 years’ experience in investment banking, finance and project development in the energy and infrastructure sectors, and has advised private clients, funds, governments and multilateral and bilateral development agencies on infrastructure development strategies, procurement and risk management.

Dr. Kornelia Stycz works on a wide variety of transaction advisory and strategy consulting projects at Apricum. Dr. Stycz combines a profound technical and scientific understanding gained from four years working as a physicist, with corporate finance expertise, which she acquired while working at the Quant Institute of Deutsche Bank’s Berlin Risk Center for three years.

This article was originally published on PV-Tech.org in their December 2018 Issue. 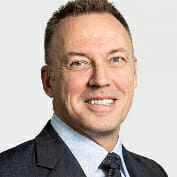 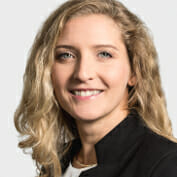 Dr. Kornelia Stycz is a former senior consultant at Apricum.

Dr. Kornelia Stycz is a former senior consultant at Apricum.