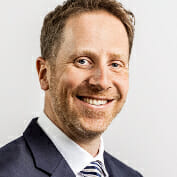 “Apricum continues to go from strength to strength, building new capabilities and winning new clients. Florian has played a vital role in this success through his dedication and outstanding client service,” said Apricum Founder and Managing Partner Nikolai Dobrott. “His initiative in developing new markets and opportunities for Apricum, in particular in the fields of energy storage and renewable hybrid systems, in addition to his project leadership is exemplary. I look forward to Florian’s continuing contribution in further developing Apricum’s reputation as the leading cleantech advisory.”

Florian Mayr will continue to lead Apricum’s growing energy storage practice, supporting local and international clients to expand their business both in established and emerging markets. He also works across Apricum’s other key focus technologies of solar, wind and integrated renewable energy systems on both strategy development and transaction advisory projects.

“I am honored to be elected partner and appreciate the trust placed in me to jointly lead Apricum into an exciting new growth phase. I will focus on further expanding Apricum’s strong position in the rapidly growing global market for energy storage,” said Florian Mayr. “It is a privilege to be part of Apricum’s continuing success story working together with our talented team of cleantech experts here in Berlin and around the globe.”

Prior to Apricum, Florian Mayr spent a decade in senior positions at McKinsey & Company and RWE, where he was mainly involved in strategy development projects both in the conventional and renewable energy sectors.

Apricum – The Cleantech Advisory is a globally active transaction advisory and strategy consulting firm focused exclusively on solar, wind, energy storage and integrated renewable energy systems. Established in 2008, Apricum serves investors and companies, both public and private around the world as their independent advisor to help them succeed in the cleantech industry. Apricum is headquartered in Berlin and has representative offices in the USA, UK, Saudi Arabia, Turkey, Mexico, Brazil, Argentina, India, China, Indonesia, South Korea and Japan.