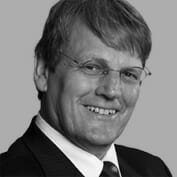 Apricum, a transaction advisory and strategy consulting firm specialized in renewable energy and cleantech, announces the appointment of Prof. Eicke R. Weber to its senior advisor team. Prof. Weber is one of the world’s leading solar experts with an extensive career spanning decades in research, academia and business in Europe, Asia and the USA.

“I’ve followed the progress of Apricum since Nikolai founded it in 2008 and have been impressed by the team of experts he has brought together and the impressive track record of projects. Now that I have moved back to Berlin, I am looking forward to contributing to a range of advisory projects around the world,” said Prof. Weber.

“I am thrilled that Eicke has agreed to join the Apricum team as senior advisor. Eicke is without doubt, one of the giants of the solar industry. With his depth of technical expertise, outstanding business acumen and unparalleled experience, his contribution to a range of renewable energy projects will be immense and of extreme value to our clients,” said Apricum Managing Partner Nikolai Dobrott.

In his new appointment, Prof. Weber will join Apricum’s senior advisor team, who comprise high-caliber industry leaders, investment bankers, engineers, scientists and entrepreneurs blending academic and business prowess and attracted to Apricum for the nature, variety and complexity of its projects. Residing in more than 10 countries around the world, the senior advisors work alongside Apricum’s full time staff as required by the project, resulting in an outstanding offering for clients.

Up until April this year, Prof. Weber was the CEO of the Berkeley Education Alliance for Research in Singapore (BEARS), which he joined in 2017. From 2006–2016, he led the world-renowned Fraunhofer Institute for Solar Energy Systems ISE, the largest solar energy research institute in Europe; he also served as professor of physics and applied sciences at the Albert-Ludwig University in Freiburg, Germany during this period. Prior to this, Prof. Weber held the position of professor of materials science for 16 years at the University of California, Berkeley up until 2006. As professor emeritus he remains part of this renowned institution.

Prof. Weber is currently the vice president of the International Solar Energy Society ISES and serves as advisor to several start-ups in Germany, the USA and China.

About Eicke Weber
Prof. Eicke R. Weber is a globally recognized expert in the field of silicon and semiconductors and known for his seminal work on transition metals in silicon. He has dedicated over 30 years to teaching at the University of California, Berkeley and the Albert-Ludwig University in Freiburg. He has founded and chaired key solar and energy storage associations, centers, councils and advisory boards in Germany, the USA, Switzerland, Poland, China and Singapore. He has been honored with numerous awards for his work, including the Award of Merit (Bundesverdienstkreuz am Bande) of the German President in 2006 and the Einstein Award presented by SolarWorld in 2013. Under his leadership, Fraunhofer ISE was awarded the Zayed Future Energy Prize in 2014. Prof. Weber received his Ph.D. in physics in 1976 and his habilitation, a post-doctoral qualification, in 1983, both from the University of Cologne, Germany.

About Apricum
Apricum – The Cleantech Advisory is a transaction advisory and strategy consulting firm specialized in the cleantech and renewable energy space. Apricum’s team combines decades of experience in industry, corporate finance and project finance, with an in-depth understanding of renewable-energy market dynamics. Apricum has an extensive global network among equity and debt investors, providing expertise and support to close the most favorable transactions. Apricum is headquartered in Berlin with representative offices in the UK, Turkey, Saudi Arabia, the UAE, India, China, South Korea, Japan, Indonesia, the Philippines, Vietnam, Thailand and the USA.