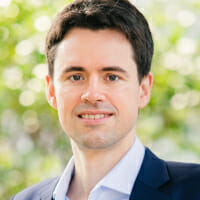 Apricum – The Cleantech Advisory is pleased to announce the appointment of Mr. Chris Bryan as director, further expanding Apricum’s transaction advisory capabilities across a range of cleantech sectors and geographies.

Mr. Bryan brings 13 years of experience in investment banking and advisory with deep expertise in M&A and JV deal origination across a wide range of renewable energy technologies, such as solar, wind and energy storage, as well as the power, infrastructure and utilities sectors.

Until recently, Mr. Bryan was based in Hong Kong for almost a decade working at top investment banking and consulting companies. He has relocated back to London where he started his career and joins Apricum’s expanding London team, which focuses on corporate finance advisory.

Commenting on the appointment, Apricum Partner and Head of UK Charles Lesser said “We are delighted to add Chris to Apricum’s senior corporate finance team. His global track record and buy-side experience marked him out. He will play a leading role in corporate and asset M&A, and in developing Apricum’s growing London team.”

Before joining Apricum, Mr. Bryan was vice president, business development – renewable energy, APAC at ORIX, Hong Kong, where he was responsible for deal origination and business development to increase ORIX’s renewable energy investment portfolio. Before that he was a senior associate at Evercore, Hong Kong, where he advised on a broad range of M&A deals across Asia as a senior member of the infrastructure, power and utilities team. Prior to that he was a senior associate at PwC Hong Kong in the valuations advisory department with broad sector coverage.

Mr. Bryan holds a bachelor of arts degree with honors in classics from Oxford University and is an ICAEW (Institute of Chartered Accountants in England and Wales) registered chartered accountant