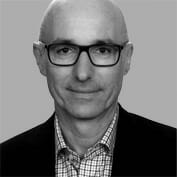 Apricum is pleased to announce the appointment of Joachim Rupp to its team of senior advisors.

Mr. Rupp brings a wealth of expertise to his position as senior advisor, having spent much of his more than 25 years of work experience in the renewable energy, semiconductor and electronics industries. Mr. Rupp was most recently managing director of Viessmann PV + E‑Systems for more than a decade, where he focused on executive functions such as business development, alliances & co-operations, M&A including post-merger integration and due diligence (market, commercial, technological, financial), as well as strategy development and execution.

During Mr. Rupp’s tenure at Viessmann, the #1 player in the German and European HVAC industry, he honed his significant expertise in the heating and HVAC sectors and will bring this to bear on a range of projects at Apricum on topics such as heating, energy storage and e-mobility. Prior to his role as managing director of Viessmann PV + E‑Systems, he held senior management positions at Samsung and Hitachi.

Mr. Rupp holds a bachelor’s degree in electrical engineering and an MBA from the EDHEC Business School in France.