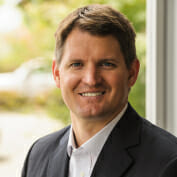 Apricum is pleased to announce the appointment of Jesse Atkinson to its senior advisor team. Mr. Atkinson is a highly experienced utility-scale renewable energy project developer with proven expertise in business development, technology and financing. He has developed over 1 GW of utility-scale solar during his decade and a half of industry experience holding senior positions in solar and solar technology companies.

Most recently, Mr. Atkinson was president of Cratus Energy leading its growth and successful entry into new markets resulting in its sale to a strategic in 2020. Prior to that, he served as VP of marketing and development as well as interim CFO at Alion Energy, a technology startup focused on utility-scale mounting systems and automated maintenance robotics. Mr. Atkinson began his solar career in utility-scale projects with First Solar, where he worked on several notable utility-scale projects and also helped establish First Solar’s China office and led initial project development activities there.

Mr. Atkinson holds an MBA from the University of Texas and a bachelor of science in mechanical engineering from Duke University, in North Carolina.

Based in California, Mr. Atkinson will work with Apricum on a range of strategy consulting and transaction advisory projects.