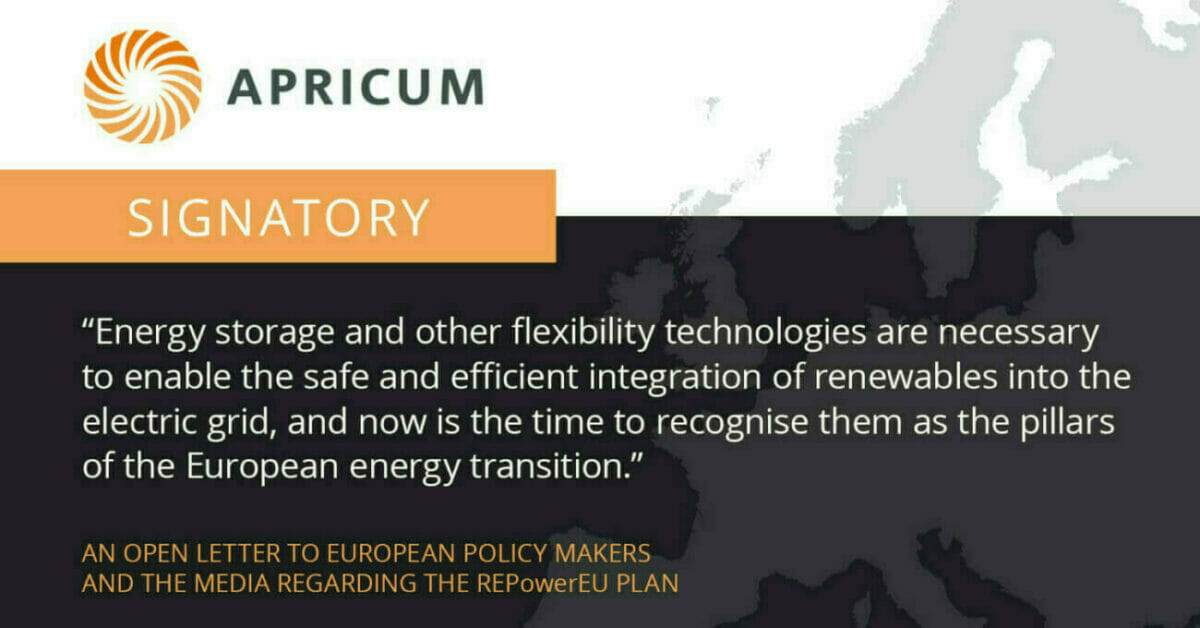 Apricum is proud to be a signatory of Fluence’s open letter to the European Commission and Policy Makers to accelerate the rollout of energy storage.

In July of 2022, Fluence, the joint venture between AES Energy Storage and Siemens focused on the development and expansion of energy storage, launched a project to encourage the European Union to rethink the structure of its energy storage systems. This initiative was triggered by the apparent lack of attention given to energy storage in the REPowerEU Plan and took to form of an open letter to the European Union and Europe’s policy makers published in July 2022. By September, the project had expanded to include even more signatories, including Apricum Partner Florian Mayr, who signed on behalf of Apricum as head of our energy storage business.

Florian Mayr commented, “As dedicated cleantech experts, Apricum knows that any large scale expansion plan for variable renewable energy without the accompanying flexibility that energy storage and other technologies provide is nothing more than an illusion. We applaud the EU’s ambitious goals, but also urge them to follow through by establishing adequate installation targets and market frameworks. We are therefore very happy to support this initiative as a co-signatory along with some of the leading companies and institutions of the European energy storage landscape.”

You can read the full text of the letter on the Fluence website.