Next to the utility segment, the commercial/residential rooftop segment of the Brazilian PV market offers good market potential, driven by very favorable conditions for self-consumption of generated power. Yet, the segment to date has not been able to reach significant scale. One of the main reasons for this is a lack of affordable funding.

After putting a strong focus on hydro and wind energy in past years, Brazil’s government has provided the legislative basis to incorporate solar energy in the country’s power generation mix.

Earlier this year, the Brazilian Ministry of Mines and Energy announced that it will hold an auction with exclusive demand for solar power generation capacity for the first time in 2014. By 2018, such auctions are intended to drive the utility solar segment to reach a magnitude of 3,500 MW.

Already in 2012, the Brazilian government had passed a bill establishing net metering for small-scale renewable power. The bill was directed at encouraging investment in rooftop systems for distributed solar power generation and intended to bring generation closer to the consumption centers. This legislative basis had been expected to channel investment into the commercial/residential PV market segment and make rooftop solar systems the spearhead of Brazil’s solar market development. However, 18 months after the bill finally came into effect, the initiative has delivered somewhat uninspiring results: By April 2014, a mere 79 PV systems had been installed under the new regulation with a total cumulative capacity of ~1.8 MW.

What are the reasons for this slow adoption of net-metered PV systems and hence of the commercial/residential market segment?

Brazil’s annual solar irradiation (GHI) ranges from ~1,750 kWh/m²xa in the southern parts of Santa Catarina and Rio Grande do Sul to ~2,300 kWh/m²xa in the central western and north eastern regions. Those values by far exceed radiation measured in Germany (~1,100kWh), the world’s largest market for residential rooftop PV installations, and are on par with California (~2,220kWh), where net-metered PV has recently experienced a boom with the cost of residential solar PPAs in the range of 0.15 USD/kWh. Lack of sun apparently is not the problem.

Brazil’s electricity market is strongly regulated with end customer prices set by regulatory body ANEEL for individual concession areas. Residential tariffs can be as low as ~0.12 USD/kWh (including taxes) for example, in the remote state of Amapá, but can reach up to 0.25 USD/kWh in the state of Minas Gerais. In many urban areas, electricity costs for private households average 0.20 USD/kWh. Prices for commercial customers are in a similar range.

If it is not due to fundamental economic factors, which other reason makes Brazilian power consumers so hesitant to adopt PV net-metering systems?

Long-term financing is the key challenge

Besides the economic fundamentals discussed, several further relevant factors for the deployment of distributed PV exist in Brazil. A recently conducted study by Apricum has shown that the following factors provide challenges, but still can be managed in an economically viable way in many regions across the country:

Availability and cost of financing is another very relevant factor that, unlike the above, remains a key challenge yet to be resolved. Firstly, contrary to most industrialized economies, there is currently no established market for long-term private lending in Brazil. Most commercial banks at this stage would likely not even provide a private loan to finance a net-metered PV system at all. Secondly, interest rates are extremely high. Consumers in Rio and São Paulo are confronted with interest rates of >15% p.a. for a consumer loan. Such a high cost of capital renders almost any distributed solar project unfeasible, as even in regions with good solar irradiation, high electricity tariffs and tax exemption for net-metered electricity, a maximum annual debt interest of 12% p.a. should be attained to make projects in distributed solar generation financially attractive, according to the Apricum study.

Consequently, the key question is how the bottleneck of a lack of affordable financing can be overcome.

Funding provided by German development bank KfW (Kreditanstalt für Wiederaufbau) has been instrumental in boosting Germany as the world’s leading PV market for many years. Benefiting from a very reliable FIT regime, KfW was able to grant loans for PV installations at interest rates as low as 1.5% p.a. As there is no generous FIT in Brazil today that provides a stable cash flow to potential PV investors, Brazilian equivalents to KfW are not in a position to provide such low interest rates. Nonetheless, typical interest rates from the Brazilian development bank BNDES for projects in the power sector are noticeably below the 10% mark and hence attractive for potential PV investors. While to date, strict local content regulations to obtain BNDES loans have prevented the solar sector in accessing the funds available, a recent decision to overhaul the pre-requisites to qualify PV projects for BNDES funding could open this financial resource to the distributed segment soon.

In addition to the favorable development at BNDES, a second option to obtain PV funding with low interest rates recently emerged: The New Development Bank (NDB), an institution formed by the BRICS[i] states. It aspires to promote, among other things, solar power investment in its member states.

Alternative financing schemes to a classic bank loan have recently become prominent in several countries, often imitating SolarCity’s approach in the USA. The company taps funds from the corporate capital market to provide leasing or PPA offerings to roof owners for the installation of a PV system at their premises. Recently, SolarCity issued asset-backed notes to the capital market at a yield of 4.8% p.a. While this approach can hardly be transferred to Brazil and its prevailing capital market structure, the role of private companies as an interface between capital providers and individual investors has many elements that could serve as a model for companies in Brazil to facilitate the provision of funds to Brazilian PV investors.

Intermediaries needed to bridge the gap

To activate the funds that may become available through BNDES and the NDB, suitable intermediaries will be required. Lending of small amounts of money to private persons or small commercial entities is not in the nature of a large development bank. Therefore, private actors will have to step in to bridge the gap. Three conceivable options are outlined as follows:

As is common practice in many countries globally (incl. KfW in Germany), development banks involve commercial banks (typically, the house bank) as the distribution channel to provide financing to designated PV investors, thereby avoiding dealing with a large number of loan applicants themselves. Another advantage is the fact that the house banks are typically better at evaluating the creditworthiness of the applicants due to a long-established relationship.

A second viable option would be distribution companies for electricity. Typically, they maintain strong relationships with BNDES and can leverage existing customer access and ability to assess their client’s creditworthiness. Their precise knowledge of a customer’s demand and load profile further facilitates their ability to offer an integrated suite of services to clients.

The third option involves actors from the private space stepping in and implementing innovative business models that establish the missing link between banks and investors in distributed PV systems. Companies like SolarCity, Sunrun or Vivint are great examples of how smart PV financing solutions can drive the development of generation. In Brazil, similar, yet adapted approaches will be required. Companies need to offer solutions that reflect both the importance of access to financial resources as well as the current stage of solar market and industry development in Brazil. Finding smart ways to combine these elements into an attractive product for residential and commercial power consumers could be the key to unlocking the excellent potential for net-metered power in Brazil at last. 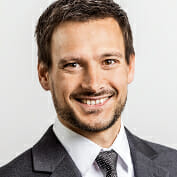