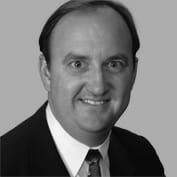 Apricum is pleased to announce the appointment of Richard Stuebi to its team of senior advisors.

Currently a board member of the Energy Storage Association in the USA, Mr. Stuebi has built an impressive range of energy sector experience spanning several decades through different roles as entrepreneur, senior executive and consultant and has built an enviable knowledge on topics including energy storage technologies, strategy, regulation and business development to mention a few.

Prior to his current role as founder and president of Future Energy Advisors, Mr. Stuebi was vice president, US strategy & group technology at National Grid, a multinational electric and gas utility with a USD 50B+ market capitalization. Before this, Mr. Stuebi was managing director of the venture capital firm Early Stage Partners where he handled cleantech investments. Prior to that, Mr. Stuebi was fellow for energy and environmental advancement at The Cleveland Foundation. In 1999, Mr. Stuebi founded NextWave Energy, where he led advanced energy & cleantech investments. Earlier in his career, Mr. Stuebi was a senior vice president of business development for Louis Dreyfus Energy, and previously a consultant in the energy practices of McKinsey & Co. and ICF, primarily focusing on utility strategy, economics and regulation.