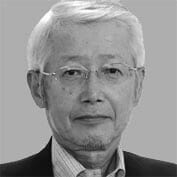 Apricum is pleased to announce the appointment of solar technology expert Dr. Yoshihisa Tawada as senior advisor. Based in Japan, Dr. Tawada has vast knowledge and experience gained over many decades having been at the forefront of solar cell development and innovation.

He has enjoyed a long and distinguished career at Japan’s Kaneka Corporation, an international chemical company where he established and led the R&D center for silicon solar cells back in the early days of solar’s inception. There he held many senior roles including leading Kaneka’s electronic research laboratories, its electrical business division, and its PV business division where he was instrumental in Kaneka’s decision to invest in a 20-MW production plant in Toyooka City in 1998. At the beginning of the millennium, he became Chairman of Kaneka SolarTec Corporation overseeing the start of thin film silicon solar module production among other achievements.

In addition to his corporate roles, Yoshihisa Tawada has held a number of visiting professorships at Kobe University and Osaka University in the area of nano-science technologies. He is currently chairman and board director of several national solar energy and PV technology research associations in Japan.

He is the author of several books on thin-film solar cells and has registered numerous patents for solar materials and semi-conductors.