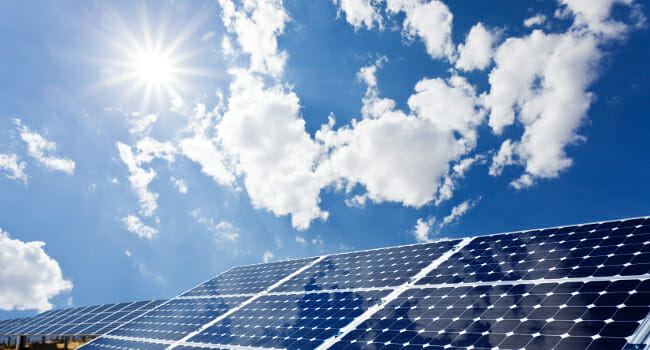 Why solar will be unstoppable despite a bumpy road ahead

Apricum Senior Advisor, Christian Langen, shares his view on the forward momentum of the solar industry. Despite the many challenges it faces from powerful fossil fuel proponents, the solar industry is destined for success, regardless of governmental energy policy of the day.

If you look at the current state of the photovoltaic industry around the world, you may quite possibly be reminded of the French revolution that was famously described as “eating its children”.

It does feel like large parts of the solar industry are experiencing a similar state of flux. The basis for the success of PV has been the relentless drive to reduce solar power costs to consumers of all kinds. At the same time, the resulting brutal price competition has claimed many victims and left the survivors struggling. Recently, it seems that several tier one Chinese manufacturers as well as downstream-oriented western PV companies such as SunPower or First Solar are seeing better times again, as prices have recovered slightly and demand proves to be very robust. Whilst most Chinese companies are far away from being able to pay back the huge debts they amassed during the last capacity expansion spree, many are starting to generate positive operative cash flows again.

The inconvenient truth for upstream players is that PV module and inverter prices and those for their components and materials are not poised to rise for an extended period of time any more. We will likely see short-term disruptions and volatility as we did in the past. However, as demand has become highly elastic with more and more PV markets only existing because of the new affordability of solar, rising prices will not last. The task for manufacturers, therefore, is to rebuild margin from the cost side up with little upside potential on prices.

This is good news for machine manufacturers. It increases the need for significant upgrade investments and innovation in the coming years.

Having enough production capacity at a now attractive price point still doesn’t make solar unstoppable. So what does?

At this point in its development, solar still needs support from policymakers to enable access and create a bridge to widespread economic application. Despite a number of complex niches already at grid-parity, such as diesel replacement, “end of line” and peak shaving, a broad application is just at the cusp of competitiveness, resulting in a very vulnerable position. At the same time, the perception that solar has passed the “point of no return” continues to grow. The once often heard notion that solar power will never be economically viable has all but disappeared. A sizeable technology sector and industrial investments drive this momentum further.

If you drill a little deeper, the reasons for going solar will differ around the world with the level of ma-turity in energy infrastructure. However, the trend towards a more decentralized energy supply does hold across continents and is the foundation for future renewable energy investments. I argue that in developed economies, the increasing number of people with positive experiences with PV systems is going to accelerate the “tipping point” for solar.

Let’s face it, electricity cost is a topic at the forefront of peoples’ and companies’ minds in the Western world. However, making electricity on your own as a cheaper alternative is still a non-topic for most potential private and commercial customers.  If anything, 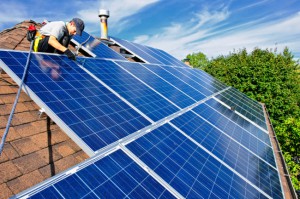 we have reached new heights of out-sourcing big parts of our private lives in recent decades, from ironing your shirts to doing grocery shopping. PV now needs the opposite to happen not only in a residential but also in a commercial context. But as solar technology gradually edges its way into every street and business park, a feeling like “there must be something to it if so many people are doing it” will creep in and should be magnified by companies in the field.

One of the biggest opportunities for PV companies exists in the commercial rooftop space. One might argue that the economics are better for residential customers as their electricity costs are higher in most western countries – however, a typical household will hardly ever reach a self-consumption level above 40% unless batteries are used, which are currently still economically challenging despite becoming more attractive every year.

In commercial rooftop applications though, a 100% self-consumption level is easier to reach, which changes the economics fundamentally. The key is to identify those businesses that also have power needs during the weekend. Cooling loads, air compression, process water heating and other energy needs can often be shifted to times with high solar output or even to Saturday or Sunday.

The current bottleneck is on the sales side. Who is able to find and convince these businesses that PV electricity is a topic they should care about? Here I would encourage PV companies to step up their game. Only a small fraction of commercial customers have even considered PV as a viable solution yet. The economic shift to PV competitiveness simply happened too fast for public opinion to catch up. It amazes me how many people still believe that the cost of solar power is two to three times higher than commercial electricity prices. This is no longer the case. Putting in the extra effort to actively address potential customers is the new frontier for creating sustainable solar demand.

In a recent study named “Energy Darwinism – the evolution of the energy industry“, Citibank showed that the global energy mix is shifting more rapidly than expected. “Consumers face economically viable choices and alternatives in the coming years which were not foreseen five years ago”, the analysts conclude while noting, from the perspective of traditional utilities, an “alarming” fall in the cost of solar. In their view, conventional fuels and technologies are likely to be substituted, or suffer reduced demand in a best case scenario.

More cases in point can currently be observed in markets as diverse as Russia, Canada, the United States and the Middle East. In the first renewable energy auction in Russian history last month, PV won 80% of the volume with wind power adding the rest. At the same time, researchers of the Pem-bina Institute in Ontario released a report which concluded that PV is the cheaper and better energy solution than nuclear for the state (“Renewable is doable”, Sep 2013). Meanwhile, US utility Xcel Energy announced that in their competitive bidding processes for new power plant capacity, “solar PV made the cut for the first time”. They plan to build a series of multi MW-sized wind and solar plants in Colorado and other states. 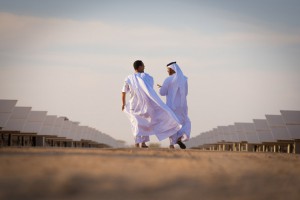 But perhaps the biggest shift is currently happening in the Middle East. In recent years, almost all of the top 10 oil producing nations on the planet have pledged billions of dollars for investment into solar power. It has become apparent that burning oil is simply more expensive than using the abundant solar resource and selling the oil instead.

With this change of perspective on oil reserves from “cheap and abundant” to “precious and limited”, Saudi Arabia, the United Arab Emirates and others now tap their solar power potential with more determination than ever.

What is still standing in the way of solar?

Despite these recent and positive changes, the roadblocks are still considerable. First and foremost, our energy infrastructure in the developed world continues to be dominated by and structured for centralized power generators. Incumbent players, often still with deep pockets, have more to lose than to win at this stage. Not enough utilities are turning their superior customer access and grid knowledge into what is possibly the best solar value proposition around. That is understandable from the perspective of organizational culture and momentum, although sad to see. This will delay but not derail the rise of solar and other renewable power sources.

Secondly, public policy will stay erratic and incompatible with industry investment cycles in the com-ing years. Especially now, as “grid parity” is on the horizon, the political temptation to withdraw sup-port just a year or two too early is considerable. We will continue to see shifting renewables schemes and surprising turns after every election, state by state. While the solar industry has become quite good at dealing with this, it still hinders solar growth.

The third challenge for the PV industry comes from within. The innovation dynamics are ruthless and a lack of reserves for bad times now comes back to bite many players. We have seen the bottom of aggregate industry profits (or losses) just recently. Nevertheless, we will likely experience some more casualties on the way out of the crisis. Looks like the revolution does indeed “eat some of its children”. Those that come out alive however, will be stronger than ever with new market niches to address and a more stable business.

Whilst the road ahead for solar will not be entirely smooth, I firmly believe that solar has reached the “point of no return” and will be hard to stop from here on out. Momentum will continue to build for all stakeholders and manufacturers up and down the value chain in most parts of the world. If there has ever been a time to review your business and search for ways to better position your company in this decisive phase of growing opportunity, it is now.

Would you like to learn more about the opportunities in the PV market and which growth strategies can best deliver long term success for your business? Please contact Christian Langen, Senior Advisor or Dr. Moritz Borgmann, Partner on +49 30 30 877 620. 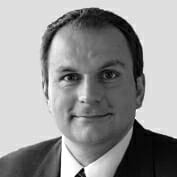