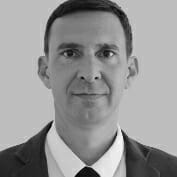 Apricum is pleased to announce the appointment of Moritz Sticher to its team of senior advisors. Mr. Sticher is an experienced international solar project developer with deep expertise in realizing all aspects of C&I and utility-scale solar projects – from strategy and business plan development through to EPC, O&M, and project financing. He has significant knowledge and experience in Southeast Asian markets, particularly in Thailand, Vietnam, Cambodia, Indonesia, Singapore, and the Philippines.

Mr. Sticher is based in Thailand and will work with Apricum on renewable energy projects in Southeast Asia.