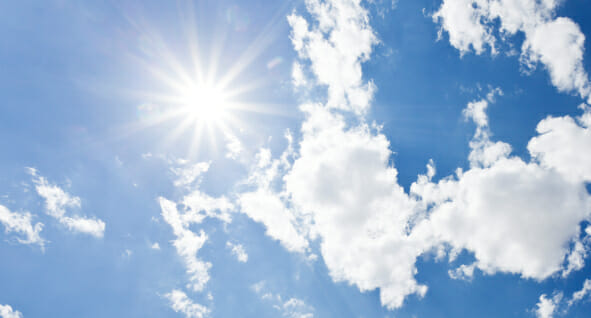 With rapidly developing technology, falling costs and innovative business models, solar-plus-storage is attracting a lot of attention at the moment, and with good reason. With every industry shakeup, there comes a range of business opportunities for those who are proactive and willing to adapt. Already a number of companies are clearly positioning themselves early in the solar-plus-storage space and fundamentally challenging the traditional utility-customer paradigm. More than anything, the solar-plus-storage industry needs profitable business cases for the long-term and a clear value proposition for the customer.

In this interview, we speak with Florian Mayr, partner and head of the energy storage practice at Apricum – The Cleantech Advisory, to better understand the solar-plus-storage business case landscape today in Europe, where it is headed and the critical factors for success.

Q1. What kind of business cases currently exist for solar-plus-storage in Europe?

Here in Europe the application of energy storage in conjunction with solar is mainly driven by the residential segment. With falling or expiring feed-in tariffs for self-generated solar power, declining battery prices and rising retail prices for electricity, increasing the self-consumption of self-generated PV power through residential storage systems is becoming more and more attractive to end customers. The economic case can be further improved through “benefit stacking”, i.e., realizing additional revenue streams such as participation in the primary reserve market by forming a virtual power plant or peer-to-peer trading as offered by German solar battery player Sonnen. Consequently, and further propelled by financial incentives granted by the government, approximately 29,000 solar batteries have been installed in German households alone, making it the biggest European market for solar-plus-storage to date. German companies such as Sonnen, E3DC and Senec are prominent beneficiaries of the boom so far, but international players such as Tesla and Panasonic are also starting to claim their share of the pie.

In the utility-scale segment, so far there have not been too many storage systems that have been co-located with utility-scale PV installations in Europe. That does not mean, however, that advantages of on-site storage for the PV plant owner do not exist. There are many advantages in fact, such as potentially avoiding curtailments of PV output due to substation bottlenecks, “smoothing out” production to stay within the forecast window or “shaping” production for a more stable power output. Also, night energy could be supplied to a PV farm’s facilities. Where wholesale power prices vary significantly during the day, e.g., due to excessive solar production in the middle of the day, arbitrage could be realized by shifting solar power to times of the day with higher value. As well, services such as frequency control and congestion relief could be sold to grid operators. In this context, UK distribution network operator (DNO) Western Power Distribution has signed an EPC contract with RES for a 640 kWh battery. The project target is to demonstrate the benefits solar-plus-storage can provide behind-the-meter to both the owner/operator of the solar farm (in this case British Solar Renewables) as well as the DNO.

Q2. Which new business opportunities are emerging from the increasing application of solar-plus-storage?

The increasing share of distributed energy resources (DERs), which include solar-plus-storage – but also wind, electric vehicles and loads suitable for demand response – offers great potential for companies with services that enable a higher flexibility in the energy systems.

For example, from a utility’s perspective more DERs usually mean more complex coordination and balancing and therefore make it more difficult to maintain reliable operation of the grid. The intermittent character of PV generation, for instance, leads to a higher demand for rapidly deployable grid-flexibility, such as through the efficient dispatch of energy storage and demand response.

In both examples, a network is required that can react predictively and in real-time to technical considerations, electricity consumption and generation patterns. Ideally, it will also allow the system to respond to pricing signals, buying at the cheapest prices from the grid and selling at the highest. The management of “big data” like this requires a powerful software solution – often referred to as “distributed energy resource management software” or DERMS. DERMS are typically cloud-based platforms that enable the connection of different types of complex assets and can manage and track data centrally or from distributed locations, getting the most out of the analytics applied.

While the market for DERMS in North America is mainly being driven by utilities’ resource integration for demand response, start-ups such as Blue Pillar are increasingly addressing other customer segments, such as hospitals, universities and data centers. In Germany, Kiwigrid is a company to watch – it enables utilities to offer new services such as flex tariffs and aggregation to their customers. Just last week, BMW and HVAC giant Viessmann announced a JV to offer DERMS-related services to mid-sized industrial players in Germany and Austria.

Q3. In your opinion, what are the critical prerequisites for the further expansion of solar-plus-storage?

To increase the application of solar-plus-storage, economic viability of the business cases has to be ensured. The major prerequisite for this is the decrease of costs over the lifetime of the storage solution. Potential savings can be realized all along the value chain: For grid-scale battery storage, for example, the costs of the balance-of-system (BOS) alone, which include hardware such as inverters and soft costs such as acquisition as well as EPC, could be reduced by 41% in the USA by 2020 according to a recent GTM study.

Equally important is ensuring the optimal performance of the energy storage system, which can be achieved through adequate energy management software as I mentioned earlier.

From a financing perspective, solar-plus-storage projects generally suffer from a limited track record and a lack of familiarity and experience on the part of financial institutions in terms of performance, maintenance and bankable business models. Here, vendors and developers of these projects can do their bit in improving the investment conditions: standardizing warranty diligence, structuring deals where the returns are front loaded or carrying out thorough battery testing processes will help a lot. Introducing and adopting battery standards and best practices are also important measures that will support the improved bankability of solar-plus-storage. DNV GL recently introduced a free online publication in this regard.

The establishment of favorable regulatory frameworks without participation barriers also plays a role in the success of solar-plus-storage. Moreover, providing reliability is key. As recently experienced in Germany, the back and forth concerning the extension of governmental funding for solar batteries is extremely counter-productive to establishing a self-sustaining storage market. Ideally authorities will recognize the benefits of solar-plus-storage and support its application with a clear and consistent regulatory structure.