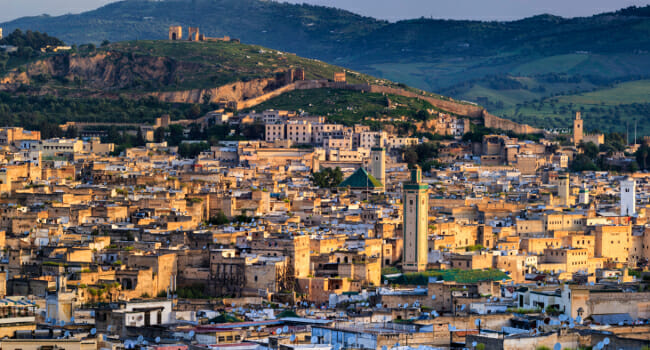 Energy storage development in the MENA region: What can we expect?

In this interview, we speak with Florian Mayr, partner and head of the energy storage practice at Apricum – The Cleantech Advisory, to get an orientation of the MENA region’s potential for energy storage, necessary market drivers and a few examples of existing storage projects.

What is the MENA region’s general potential for energy storage applications?

At Apricum, we see three general drivers for energy storage. First, there needs to be a principal demand for services that not only energy storage, but also other technologies can serve. This demand could be, for example, the need for increased flexibility in the electricity system, often driven by an increasing share of intermittent renewable energy. Energy storage can help, for instance, by balancing the grid or smoothing the renewable energy input. Given the aspiring short-term clean energy targets being announced by countries such as the UAE (27% by 2021), Jordan (20% by 2020) and Morocco (42% by 2020), demand for flexibility is definitely going to increase in the MENA region.

The second driver is the competitiveness of energy storage compared to other solutions. Let’s say the demand is there – but would you choose energy storage to meet it? The main criteria here is the overall cost competitiveness of the individual solutions. Whether energy storage is the cheapest option highly depends on the individual application and needs to be assessed on a case by case basis. In the example mentioned earlier, storage can be used to provide more flexibility to the grid, however alternative solutions are investments in the grid infrastructure or building new peaker plants. Lifetime costs need to be compared to energy storage and vary significantly from country to country, depending on the existing state of the grid and fossil fuel prices, among others. In general, with the ongoing decline of energy storage costs, competitiveness will continue to increase in the MENA region.

The third driver is a suitable regulatory framework. This does not necessarily need to involve subsidies or incentive schemes, but at least regulations should not impose a barrier for energy storage. As a prerequisite, authorities need to understand the value energy storage can provide. Right now, energy storage does not seem to play a big role in the plans of local regulators in MENA – but this will change when demand and competitiveness increase as described earlier.

So the potential for storage is there – are there any examples for energy storage installations in the MENA region planned or already in place?

Although MENA is not the hottest energy storage market right now, there are already some first signs of activity. In North Africa, Morocco relies on various pumped hydro and heat thermal storage installations to reinforce the national electricity grid. As well as that, Masdar is running a rural electrification project with ONEE, aiming for about 18,000 homes with solar plus 3-day battery storage systems. Egypt just announced a 20 MW PV plus 30 MW storage facility supported by the Japanese government, who invested about USD 90M in funding. In return, the tender will be open for Japanese-led consortia with advanced battery technology only. In the Gulf, the UAE has installed a pilot project using innovative concrete thermal storage technology, along with some sodium-sulfur batteries to level the load in Abu Dhabi. An example of a project in the private sector is from CBFM, a facilities management company that is aiming to bring online 5 MW of captive rooftop solar with energy storage to achieve a zero-carbon call center facility. In Qatar, about 40,000 nickel-based batteries were deployed at around 775 wells across a major oilfield to provide energy storage and backup power for wellhead control and protection systems. In Jordan, 20 MW of lithium based batteries will be used for renewables integration. And don’t forget about Iran, where 1,040 MW of pumped storage have been operational since 2013.

Which energy storage technologies would be best suited for the MENA region?

As you can see from the project examples I just mentioned, there are all kinds of mechanical, thermal and electrochemical energy storage technologies applicable in the MENA region. In general, there are no limitations beyond the ones you would also find elsewhere, such as space constraints and the need for elevations to make pumped hydro possible. However, there are some specific challenges in the MENA region that need to be managed, most importantly, the high ambient temperatures. In particular, the performance and lifetime of batteries can be affected if not operated within a specific temperature window. In cases where the battery is not installed inside an air-conditioned building, the investment costs and electricity needs of the additional AC can significantly impact the system’s attractiveness. The specific sensitivity to ambient heat, however, depends on the individual battery type and should be assessed separately – there are already companies offering specific designs for high-temperature environments.