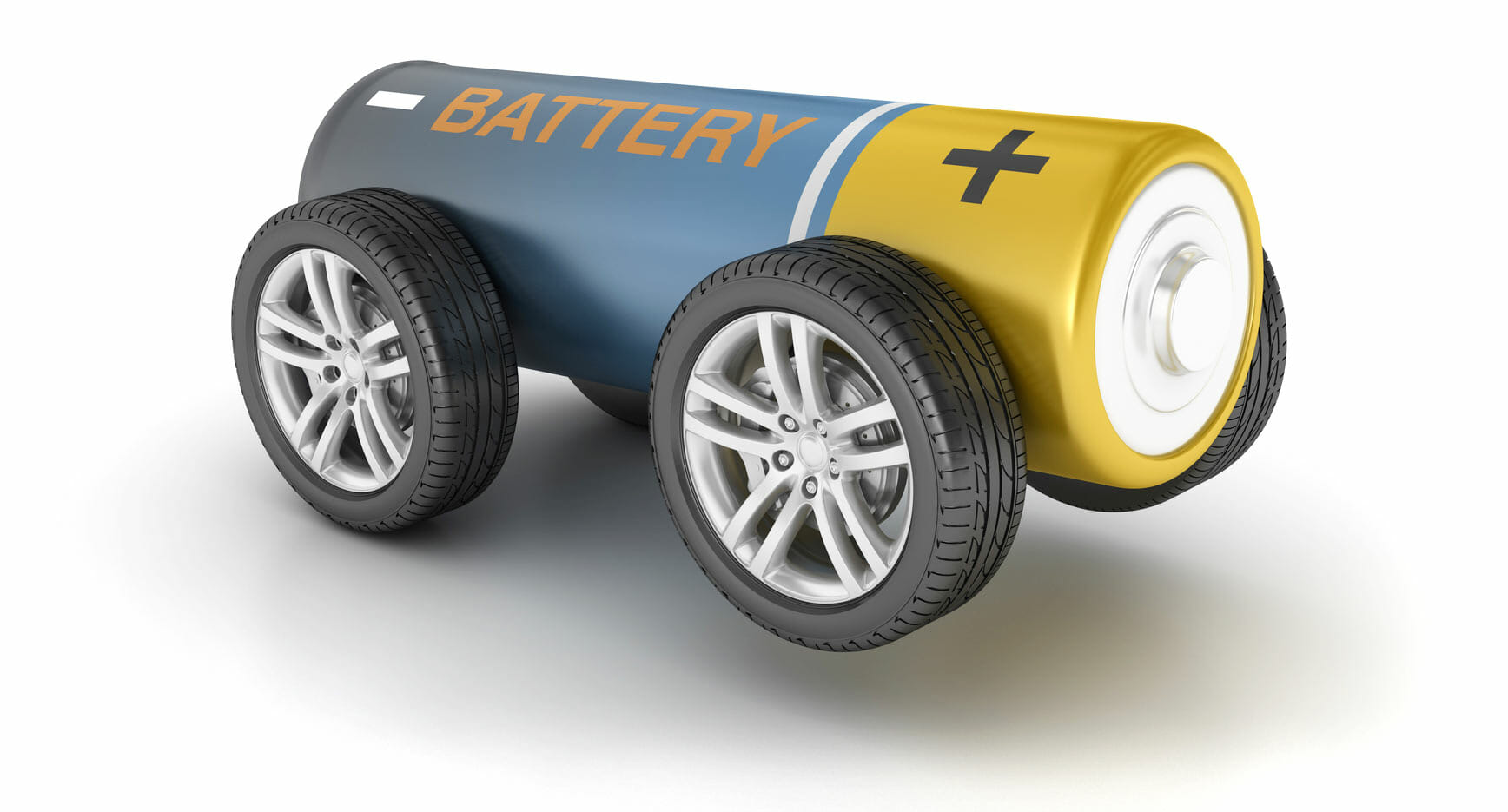 Gearing up for power on wheels: what will be the true impact of e-mobility on stationary energy storage? Part 1: Vehicle-to-grid

By 2025, roughly 11 million electric vehicles (EVs) are expected to be sold worldwide, corresponding to 11% of predicted annual global light duty vehicle sales.1 The emergence of EVs, however, is not only shaking up the automotive industry. Through the increased electrification of the transport sector, a growing interlink to the power market is being established, leading to both new opportunities and challenges for stationary energy storage players.

On the one hand, a surge in EVs can lead to elevated peak loads from simultaneous charging patterns, in particular, when high power is required for fast charging. Stationary energy storage is a proven flexibility option to mitigate the impact of those peaks on the grid and could therefore benefit from the increasing EV boom.

On the other hand, an EV comes with a built-in energy storage capacity of its own. The aforementioned 11 million EVs would correspond to more than 1,000 GWh2 of batteries deployed in one single year, dwarfing the ~90 GWh3 of cumulative stationary storage installations expected by 2025. If only a fraction of this “storage capacity on wheels” were to enter the stationary storage market, the impact on the incumbent players would be seemingly massive.

In any case, stationary energy storage players should get prepared and closely understand both challenges and opportunities. At Apricum, we see three major trends arising from the increasing convergence of the transport and power segments, namely:

In the first of a three-part series on each individual trend, we investigate the challenges and drivers of a wider spread adoption of vehicle-to-grid and what this could mean for stationary storage players.

Instead of being a mere consumer of electricity, EVs can be turned into a new source of flexibility for the power system to earn a monetary reward in return. Two principal ways exist:

Firstly, car owners could agree to charge their EV in a grid-friendly way, either by sticking to predefined time windows or by allowing the grid operator to control the charging process altogether. This is often referred to as “smart charging” or “V1G” to highlight the unidirectional character.

Secondly, EVs could feed electricity back into the grid if and when needed to provide grid services such as frequency control. This is called “vehicle-to-grid” or “V2G”, with the abbreviation stressing the fact that bidirectional electricity flows are involved.

In particular through V2G, EVs will eventually become a direct competitor to existing flexibility options such as stationary storage. But how serious is this challenge?

V2G is certainly no science fiction. V2G technology has been tried and tested for over a decade. The University of Delaware pioneered the concept in the early 2000s, providing real-time frequency regulation services to PJM Interconnection’s control area. More recent trials include involvements of Nissan, Enel and others in Denmark: The world’s first fully commercial V2G hub went live in 2016, while the “Parker project” (2016–2018) validated how EVs of different manufacturers can provide different types of balancing services to the grid. The UK announced a large V2G initiative in early 2018, providing GBP 30M in government funding for 21 V2G projects, involving over 2,700 vehicles and 1,000 V2G charging points to be deployed by a Nissan-led consortium. In late 2018 in Germany, The Mobility House and Nissan reached an important milestone when they successfully prequalified a Nissan Leaf for participation in Germany’s primary control reserve (PCR) market. And most recently, Renault started V2G pilots in Portugal and the Netherlands, with similar projects to follow soon in Germany, France, Sweden, Switzerland and Denmark.

Nevertheless, while V2G activity has clearly increased in recent years and projects are getting larger, the market is still at an early demonstration stage. Activity is dominated by a handful of players, mostly Japanese carmakers, and concentrated in a few selected markets, mainly in Europe and North America.

So what is holding back adoption today?

It does not come for free

To support bidirectional power flows, additional hardware has to be added both to the vehicle and the charge point, creating additional upfront costs. While costs for vehicle upgrades such as inverters, control modules and power electronics are typically relatively low, adding bidirectional capability to a charging station can be pricey and involves communication technologies, smart meters, sensors and grid control indicators, among others.

Furthermore, V2G could impact the lifetime of the EV battery due to accelerated degradation from increased cycling, adding to the total cost of ownership (TCO). For example, in a 2017 study by the University of Hawaii, bidirectional charging was found to accelerate electrode aging and reduced the battery pack’s lifetime to less than five years. However, control algorithms can easily mitigate the impact significantly by only providing V2G within a suitable operating regime.

Last but not least, there are soft costs to consider as well. People are used to the freedom of driving their car whenever they want, and not only when pre-agreed schedules for V2G services allow for it. Despite the fact that daily vehicle usage patterns are typically quite predictable and do not require full flexibility, the (perceived) loss of freedom causes additional opportunity cost for the car owner.

To make things worse, it can be tough for EV owners to monetize the flexibility added to the grid. First of all, suitable market frameworks (e.g., for voltage control) or incentives for users (e.g., time-of-use pricing) are still limited in many jurisdictions. Where those frameworks exist, EVs are often not allowed to participate due to regulatory barriers. And where market access is granted, obtainable revenues might turn out to be insufficient to compensate for the additional costs of V2G. For example, The Mobility House recently disclosed that their Nissan Leaf earned EUR 20 per week in Germany’s primary control reserve market (8 kW). This would translate into annual revenues of just up to EUR 1,000 – assuming that PCR prices do not decline and that the vehicle successfully participates in each weekly auction. At current cost structures, hardware payback would not be achieved within a reasonable time frame.

Finally, limited interoperability can be a further hurdle to providing V2G and amortizing investments. Real-time communication between grid operator, charging equipment and vehicle requires unified communication standards. This is not always the case yet as a wide range of communication interfaces and charging protocols currently apply to the different communication layers (e.g., CHAdeMO, CCS / ISO 15118, OCPP, etc.).

Consequently, as long as car owners cannot monetize the value of V2G ability sufficiently, they will not be willing to pay a premium for it. In fact, according to a recent survey by Bitkom, a digital association in Germany, only 37% of the interviewees would be willing to participate in V2G today.

So how realistic is an increased application of V2G and the subsequent growing competition for stationary storage?

V2G is coming and set to compete

While V2G might still be in an early phase, the future looks bright. As the number of EVs on the road is increasing, governments and regulators around the world will be highly incentivized to exploit the additional flexibility option of V2G by establishing new markets and providing access through suitable regulations – or even through mandatory requirements for EVs to be “V2G-ready”. Such a requirement established in a major car market like China would not only impact the local OEMs, but also car manufacturers around the world that wish to continue selling into this market. With increasing demand for the required components, standardization will improve and economies of scale will kick in. Due to falling costs for hardware, the economic case for a car owner participating in V2G will improve, increasingly outweighing potential disadvantages of a reduced battery lifetime or limitations in car availability. In the longer term, autonomous driving is likely to enable the widespread adoption of ride sharing and the consequent shift away from individual car ownership. Fleet owners will be able to centrally manage the available “capacity on wheels” in a highly efficient way, using portfolio effects to maximize benefits from V2G and transportation at the same time.

All in all, the application of V2G is likely to increase rapidly as more and more of the present barriers are going to be mitigated along with the irreversible growth of e-mobility. Although an abrupt crowding-out of existing flexibility options is unlikely, competition for stationary energy storage players will certainly increase.

To “gear up for the power on wheels”, stationary storage players should get prepared now. The specific impact of V2G on individual business models needs to be assessed carefully to mitigate resulting challenges and to seize potential opportunities. As a strategy advisor with exclusive focus on cleantech, Apricum is well positioned to support.

In part two of this article to be published next month, we will examine the emerging use case of battery-buffered charging stations and what it means for stationary storage companies.

For questions or comments, contact Florian Mayr, partner and head of the energy storage and green mobility practices at Apricum – The Cleantech Advisory. 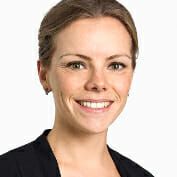