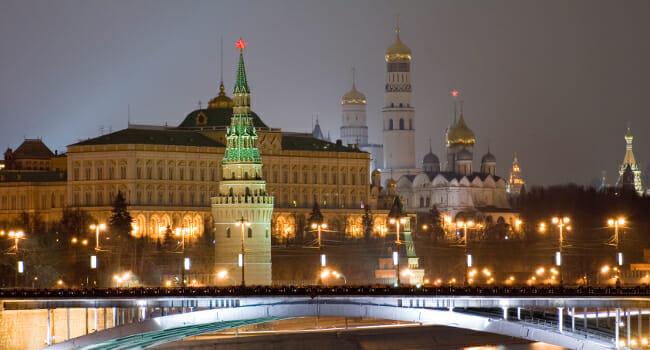 The Russian wind and solar market: The “green giant” shows signs of waking up

Apricum Principal Florian Mayr examines the likelihood of Russia to realize its potential in becoming a major renewable energy industry player, and finds the signs are positive. While Russia has long opted to pursue an energy policy driven by nuclear and fossil fuels, the tide is turning. Many prerequisites are now in place to help this “green giant” awaken from his slumber. Introduction

Covering an area of more than 17 million km², Russia is by far the largest country in the world, with a diverse range of climate zones and terrains, a population of about 144 million people, and one of the world’s highest electricity demands at 1,066 TWh (ranking fourth after China, the USA and Japan). In contrast, Russia’s current installed wind and solar capacity is among the lowest in the industrialized world. Of its current 223 GW power generation capacity, a meager 14 MW (0.01%) and 3 MW (0.001%) comes from wind and solar power generation respectively.

This is despite the fact that Russia has a strong rationale for renewable energy generation. Excellent mean wind speeds[1] of between 7 and 9 m/s are not uncommon and solar irradiation levels of up to 1,400 kWh/m²/a in southern Russia are higher than in established renewable energy markets such as central Europe. Furthermore, renewable energy generation frees up fossil fuels for export instead of being burned for subsidized domestic consumption[2]. Hybrid-renewable energy systems applied in remote areas mitigate the need for complex transport of diesel over thousands of kilometers. Last but not least, building up a domestic renewable energy industry creates job opportunities, industry diversification, and economic growth.

Since 1999, support for the use of renewable energy generation has been intensively discussed in Russia. However, no concrete activities in pursuit of this goal were seen until May 2013, when the Russian government surprised many by passing a decree aiming for an additional 5.9 GW of installed renewable energy capacity by 2020.

Whether this target will realistically be achieved or whether the green giant will fall back to sleep depends mainly on two key prerequisites:

Framework in place for promotion of renewable energy in Russia

On May 28, 2013, Prime Minister Dmitry Medvedev adopted decree No. 449 on the Mechanism for the Promotion of Renewable Energy, defining detailed volumes and support measures for all renewable energy sources.  In a nutshell, the decree dedicates USD 2.5B–3B to the promotion of 5.9 GW of additional renewable energy capacity by 2020, comprising of approximately 3.6 GW of wind power, 1.5 GW of PV and 0.8 GW of small hydro capacities.

The support scheme applies to projects > 5 MW located in areas connected to the national grid and where electricity is traded on the wholesale energy market. In contrast to support mechanisms applied in many other countries, renewable energy is promoted on the basis of installed capacity rather than electricity output. Investors will receive monthly capacity payments based on the investment costs, which correspond to a return on investment of between 12% and 14% for 15 years.

Tenders are awarded four years ahead in an annual competitive auction based on the smallest total capital costs that must not exceed the limit set by the government each year[3]. For successful bidding, local content requirements apply along with the need for bank guarantees and proper registration of the project developers as “provisional suppliers” to the wholesale market. Importantly, after installation of a project, a specific minimum amount of electricity produced per year must be proven for each renewable energy plant in order to avoid a reduction of the capital cost base for the support payments.

Other support schemes relate to the retail energy market, where smaller renewable projects <25 MW can opt to feed into regional grids to cover grid losses or help supply isolated energy zones. These schemes are reportedly less advanced at the moment and need further refinement by the government.

Russia’s first renewable energy auction took place in September 2013. While it did not result in a big allocation to solar and wind, it was the first practical test for the effectiveness of the support scheme and provided important learnings.

Out of the 1,100 MW of wind power on offer, only 110 MW were applied for and awarded.  Solar, in turn, attracted bids for 1,000 MW of PV projects, well and truly exceeding the 710 MW on offer, although only 399 MW were actually selected by the authorities.

The rigid local content stipulation was a key issue preventing a greater share, especially for wind – wind projects must source 55% of equipment from local suppliers by 2015, rising to 65% after 2016.

As wind power is essentially a new industry and equipment has not been produced commercially in Russia before, local content requirements are currently difficult to meet. The Russian Association of Wind Power Industry (RAWI) estimates that at the time of the first auction, only 53% of the equipment, such as towers and main shafts, could be sourced locally, which is less than the required 55%. A higher share would first require a ramp-up of particular production capacities – a challenge that will arguably mitigate with time and the entry of more Russian companies into the wind business. For solar, the market was better able to meet local content requirements, leveraging the fact that manufacturing of PV for space applications dates back to 1971. Some Russian companies are already active in the production of silicon ingots, cells and modules and more are likely to follow.

Another challenge faced by the solar and wind bidders was the short space of time – just four months – in which to fulfil all procedural requirements and register projects.

As one of the first learnings from this first auction, the government has already pledged to remove the need for a performance guarantee from a utility with at least 2.5 GW installed power for future auctions.

Especially with a likely easing of local content requirements, i.e., through further adjustments to the support scheme and/or the ramp-up of local capacities, we can expect to see solar and wind gaining a greater share at future auctions.

Ongoing commitment from the Russian government is likely

One of the most important criteria for the success of Russia’s green agenda is a lasting commitment from the Russian government. Renewable energy observers might still recall when President Vladimir Putin maligned wind energy as “claptrap” as recently as 2010. Referring to nuclear energy as the only alternative to oil and gas, he created significant uncertainty about the sincerity of Russia’s renewable energy plans. However, there are clear signs that things have changed since then.

Probably the most positive signal is that the decree was signed despite strong opposition to it. For months, powerful interest groups[4] were urging Medvedev to abolish the envisaged support scheme, claiming it would lead to significantly higher energy bills for the consumer. These concerns were taken seriously and a detailed assessment of the associated costs was conducted. However, as the decree was still passed in the end, it illustrates the government’s belief in the economic viability of renewable energy.

Also, the surprising speed at which the government is paving the way for the implementation of the legislation indicates a serious commitment, with the first tender round held just four months after the May 2013 decree was signed, while another round is already scheduled for June 2014 (1.6 GW of wind, 0.5 GW of PV). In parallel, the government has integrated wind power plants into the planning of the country’s land resources ensuring that the required land will be available in all regions of the country. Sixteen wind parks in 12 different regions were approved for construction by 2030, totaling ~6 GW.

A positive outlook for the future

The Russian renewables market offers a vast, nearly untapped potential for wind and solar players.  Assuming an ongoing commitment from the government, many of the “teething problems” of the support scheme are expected to mitigate over time and more successful auctions are likely. Also, auctions can be avoided by opting for opportunities in the retail energy market, e.g., the supply of isolated power grids.

Opportunities exist both for local and international renewable energy companies. Russian players can take advantage of the local content requirements by manufacturing the necessary equipment for the wind and solar power plants, e.g., wind towers, solar modules. Foreign companies can participate in Russia’s growing market by providing the required experience and knowhow. In both cases, a partnership can create true win-win situations.

The increasing confidence in the Russian wind and solar market is already reflected in recent market activities, such as German wind park developer Sowitec announcing its partnership with Russian utility company Mezhregionsoyuzenergo to realize the 150–200 MW Arkhangelsk project in the north of the country. Another example is the completion of the largest Russian PV park (1 MW) in the province of Dagestan earlier this year by German EPC provider Enerparc.

[2] Economic value of fossil-fuel consumption subsidies equaled ~USD B 47 in 2012, only topped by Saudi Arabia and Iran

[4] E.g., the Community of Energy Consumers, which brings together Russia’s largest consumers of electricity and the Council of Power Producers, representing thermal energy companies