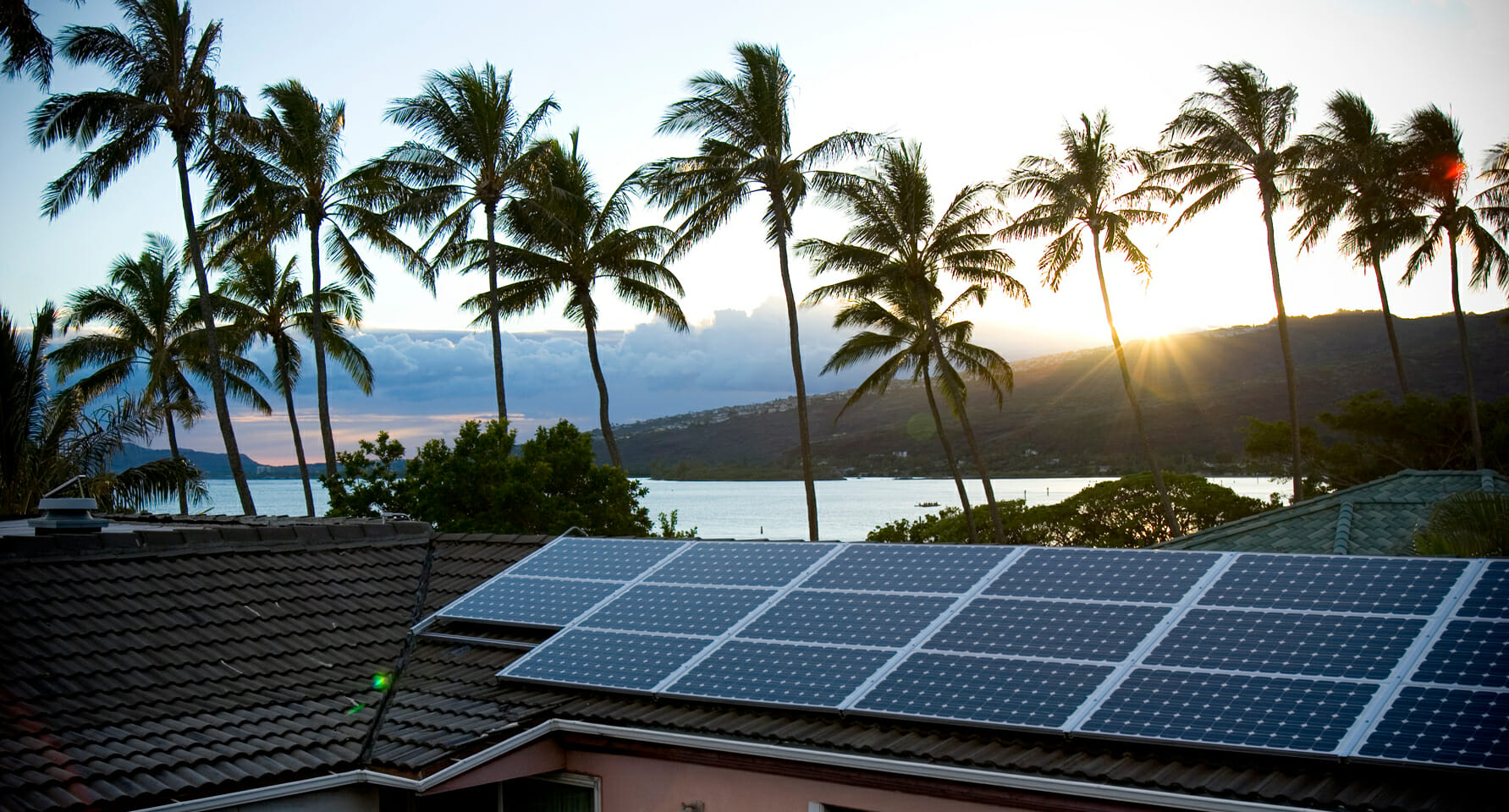 When in Rome, do as the Romans do: Different markets, different energy storage use cases

The number of installed stationary battery energy storage systems (BESS) is growing significantly. According to recent estimates, today’s annual global market volume of about USD 1B is expected to increase more than 20 fold in less than 10 years, reaching a staggering USD 20–25B by 2024.  Overall, this growth is driven by the increasing competiveness of BESS in helping to satisfy three principle needs:

There are multiple ways in which energy storage can be applied to meet these needs. The feasibility of each application or use case, however, varies significantly across different energy markets. It depends on specific market characteristics, such as existing energy infrastructure, tariffs, regulatory frameworks and available alternatives that must be well understood to successfully seize the individual business potential for BESS.

Let’s now take two different electricity markets, Germany and the USA, and examine to what extent common BESS use cases can be applied to satisfy the three main needs outlined above.

Electricity systems require flexibility to synchronize electricity generation and consumption at all times. A common use case for BESS is therefore providing ancillary services such as frequency control.

Driven by favorable regulatory frameworks, this is one of the most important applications for BESS in the USA at the moment. Since independent operator PJM revamped its wholesale electricity market to provide performance payments for faster, more accurate and higher MW-mileage[1]  resources in October 2012, energy storage has been on the rise, with the result that two-thirds of the 62 MW of storage deployed in the USA in 2014 was located in PJM’s territory.
In contrast, the German frequency control market does not reward a faster response. Consequently, the deployment of energy storage for ancillary services is so far less ambitious due to the lower competitiveness with other options. At the moment, there is around 18 MW of grid-level battery storage installed to participate in the ~600 MW primary reserve market in Germany.
The increasing penetration of intermittent, renewable energy in many energy markets further strengthens the need for flexibility and therefore offers additional use cases for BESS such as grid congestion relief, ramp control and smoothening/shaping of renewables production.
In Germany, the share of renewable energy in electricity generation is already high (about 28 percent in 2014) and will increase further. The issue of whether Germany’s energy system will depend on energy storage to provide the flexibility it needs, however, is contentious. According to think tank Agora Energiewende, there is no pressing need for energy storage at least for the next 10 to 20 years due to other more cost-effective flexibility options such as demand-side management, flexible conventional power plants and grid expansion both in Germany and across its borders. However, other entities such as the German Energy Agency (DENA) question Agora’s assumptions, saying that a rapid expansion of energy storage is absolutely required for further renewables integration. At the moment, only a few MW of energy storage have been applied for grid congestion relief at selected sites in Germany’s wind power-heavy north.

In the USA, the penetration of renewable energy varies heavily from state to state. One of the highest levels can be found in Hawaii, often referred to as the first market to test the limits of renewable integration. A good example is Oahu, Hawaii’s most populous island. At a distribution-level, rooftop PV production already exceeds 100 percent of the midday load in many circuits, causing a back-feed into the system and all sorts of technical and operational challenges. Furthermore, this forces already expensive oil-fired power plants to ramp down production during solar’s midday peaks, making their power even more expensive. In this context, utility Hawaii Electric Co. (HECO) opened up requests for proposals of 60 to 200 MW of storage projects in 2014.
Another good reason to aim for more flexibility in the electricity system became obvious when hurricane Sandy hit the U.S. east coast in 2012. More than eight million people were temporarily without electricity due to the destruction of (centralized) infrastructure. As a consequence, governor Cuomu put up USD 40M in prize money for a competition to create storm-resilient microgrids across the state, for which energy storage could provide the required voltage and frequency control.

End customers are facing rising power bills in many markets. Use cases for storage to reduce these bills naturally depend on the individual tariff structure.
In the USA, industrial and commercial end users are dealing with time-of-day prices and demand charges, which are charges based on peak electricity consumption in a billing cycle. Here, BESS can produce significant savings through peak demand reductions such as “peak-shaving” and “peak-shifting”. This has spurred significant growth in behind-the-meter storage installations particularly in California, further driven by its USD 83M/year Self Generation Incentive Program (SGIP).
In comparison, Germany’s pricing is rather uniform, and does not offer huge opportunities for arbitrage or savings from avoiding demand peaks. However, falling or expiring feed-in tariffs impact the economic viability of new and existing residential rooftop PV. With declining prices for BESS and rising retail prices for electricity, increasing self-consumption of self-generated PV power through residential storage systems could make financial sense. This concept, in combination with a soon-to-expire subsidy program and the wish of many German home owners to reduce their dependence on utilities, has already triggered installations of about 25,000 storage systems, making residential storage the most important use case for BESS in Germany at the moment.

This however, does not currently work in most of the USA due to the dominant net-metering scheme for residential PV generation. Residential storage can still be interesting though for American home owners seeking an uninterrupted power supply (UPS) in case of blackouts (less common in Germany). Here, the costs for other backup options, such as a diesel genset, need to be considered.

Investments in grid infrastructure are typically triggered by increasing flexibility needs, as discussed above, or the inability to deliver sufficient electricity supply to the consumer – either due to ageing infrastructure or due to increasing peak demand exceeding the existing grid capacity. BESS can help to defer or entirely avoid these investments by offering a temporary and/or cheaper solution or by extending the life of the existing equipment.

While the BESS use case for frequency regulation dominates in the USA, transmission and distribution (T&D) deferral is attracting increasing interest in many parts of the country. For example, in Brooklyn and Queens, the increasing load from population growth and demographic changes is straining ConEd’s existing substations. As the real source of system strain is peak demand, and not average load, ConEd is currently considering a variety of solutions to lower peak demand by up to 50 MW, including energy storage.

In Germany, however, T&D deferral generally is not a significant use case at the moment. According to a recent study by Germany’s Association for Electrical, Electronic and Information Technologies (VDE), energy storage is typically not required to defer or avoid grid infrastructure upgrades in the foreseeable future, due to the closely meshed grid that makes alternatives to BESS more cost competitive, and the fact that little investment at a distribution level is required in the coming years. The application of BESS for T&D deferral is therefore restricted to rather singular situations currently, e.g., if mountains or rivers need to be crossed and would require significantly increased grid connection costs, or local energy demand is increasing, but has not reached the required levels for economic utilization of a grid extension. In the latter case, temporary mobile storage solutions might be required.

Regardless of the market, providing just one BESS use case is often not profitable enough. Hence, applications should be combined into so-called “benefit stacks” to allow for cost reductions and compensation through multiple revenue streams.

[1] Sum of absolute values of changes in output